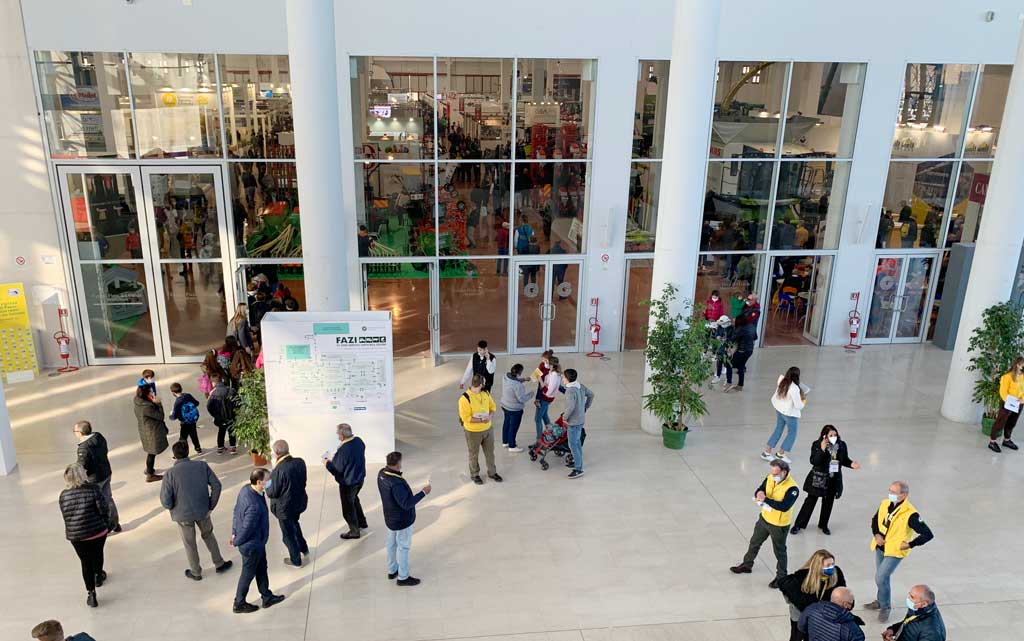 From the FAZI of Montichiari the horizon for the agriculture of the future: dairy and pig farming, positive forecasts, but production costs weigh

“The Italian Agricultural Zootechnical Fair of Montichiari is today a great reference point for agriculture, so much so that it has become an international event, especially linked to dairy cattle, and opens the challenge with respect to what will be the evolution of ‘agriculture in the coming years, starting from precision agriculture, from attention to animal welfare, to get to imagine already today where to conduct our businesses in the next 20 years ”.

It is the national president of Coldiretti, Ettore Prandini, who promotes the FAZI of Montichiari on the opening day of its 93rd edition, scheduled at the Centro Fiera until Sunday 7 November, with nine pavilions occupied, over 400 exhibitors and breeders and a large presence of professional operators, ready to take up the challenge of an agriculture increasingly called to combine food security and green, production, profitability, food safety, business competitiveness, export vocation, attention to the environment and generational change.

And there were many, this morning, the young students of agricultural institutes from all over Northern Italy who competed in the zootechnical ring in the evaluation of animals (for the record, first and second classified the Technical Institute Duca degli Abruzzi in Padua).

The FAZI 2021, back in style after a year and a half, pays great attention to the conferences dedicated to breeders, to animal welfare, “where there have been many advances over the years and where in the future genetic research will have to orient itself to support animals capable of ensuring large productions while respecting the metabolic rate of the animal “, explains Luigi Bertocchi, referent of the National Center for Animal Welfare of the Experimental Zootechnical Institute of Lombardy and Emilia-Romagna, and of” having subjects that are increasingly respectful of the environment and to withstand the stresses caused by the ongoing climate changes ”, explains Fortunato Trezzi, president of ANAFIBJ, the National Association of Friesian, Brown and Jersey breeders.

The Centro Fiera di Montichiari becomes the prestigious stage for research, culture and counteracting fake news, which damage one of the sectors that is at the base of the Italian agri-food industry and which, with the close milestone of 50 billion in exports over the course of 2021 , is one of the pillars of the Made in Italy economy.

“Like Coldiretti, we have the responsibility to protect the agricultural world from some forms of demonization, which are artfully created in opposition to animal husbandry itself – reiterates the national president Ettore Prandini -. From this point of view, it is of fundamental importance to convey truth and knowledge to citizens regarding the work of agricultural businesses and, in this perspective, the collection and processing of data are also useful operations for the final consumer “. 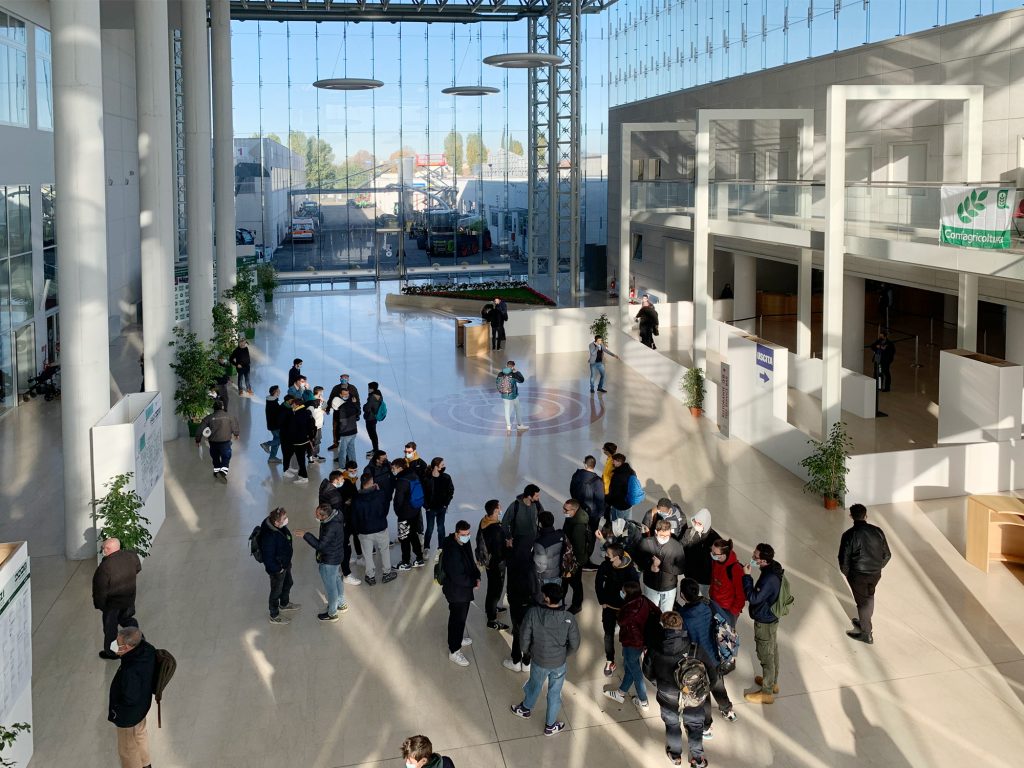 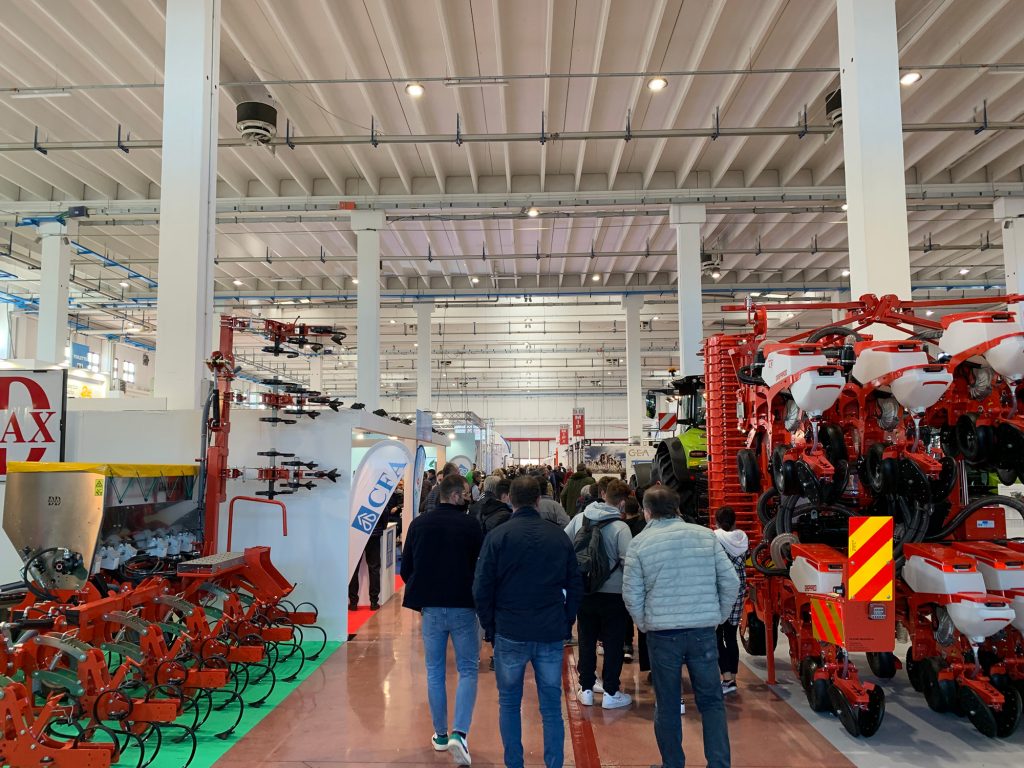 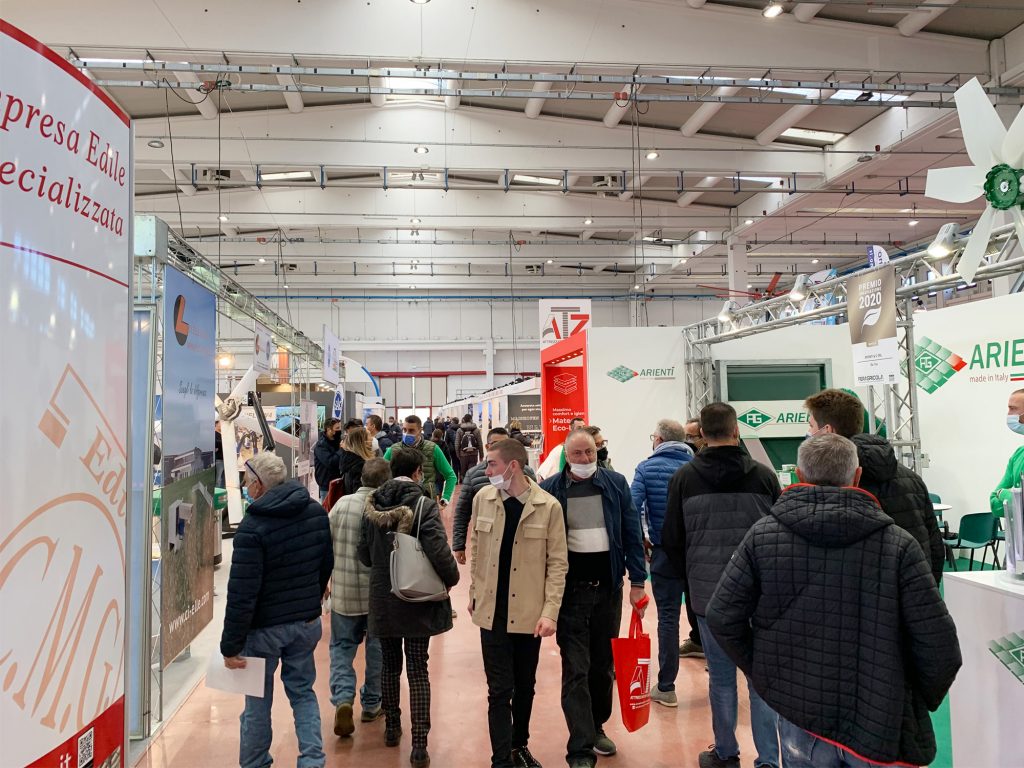 Positive outlook for milk, but high production costs. A slowing global milk production could support the prices of the dairy sector in the coming months, with positive effects also on the Italian system, although the production of Made in Italy milk is in contrast with the trends between January and September 2021 in New Zealand ( -4.4% on a trend basis), Australia (-2.9%) and the European Union (stable for the first seven months of 2021, up by 0.8% in August compared to the same month of 2020, but with main EU players, France, Germany and Holland in contraction).

Italy increases milk deliveries (+ 3.3% in 2021), consolidating a growing trend that has brought national self-sufficiency from 80% to 97.5% since 2015 (the year of farewell to milk quotas ) and the collapse of milk imports from abroad.

This is what emerged from an analysis by Clal.it – ​​the world reference portal for dairy production – presented this morning during a conference on “Zootechnics: the prospects of the milk and pig sectors”, promoted by Confagricoltura Brescia at the 93rd edition of the Italian Zootechnical Agricultural Fair, scheduled from today to Sunday 7 November at the Centro Fiera di Montichiari.
In just over six years, Italy has increased the number of dairy cows (+44,964 head), milk deliveries (+1,505,449 tons) and productivity per cow (99 quintals per head per year), with an even more marked acceleration for Lombardy, which remains the first Italian region with 45% of milk produced nationally: +52,291 dairy cows in six years, 913,005 tons of more milk produced, 108 quintals the production achieved for head / year and a growth trend in production between January and August 2021 compared to the same period of 2020 equal to +4.68 percent.

To keep the sector in balance are the PDO dairy productions, which have absorbed part of the extra milk produced, with an enhancement of the superior raw material, but also the destination to other cheeses and exports in constant growth and that in the January- July posted a + 11% trend, to be considered very satisfactory given the difficulties related to logistics.
The current scenario on the price of milk, according to Confagricoltura Brescia, would not be so rosy, precisely due to the pressure of costs at the barn, which invest not only the raw materials for the food ration, but also energy and fertilizers. “It is necessary – states the national president Giovanni Garbelli – to recover adequate levels of self-supply of products intended for animal feed, which have dramatically decreased in recent years, giving more strength to the supply chain approach. For this reason, full application should be given to the achievements of genetics and the consolidation of product aggregations, in order to increasingly develop professional agriculture and innovation 4.0 “. 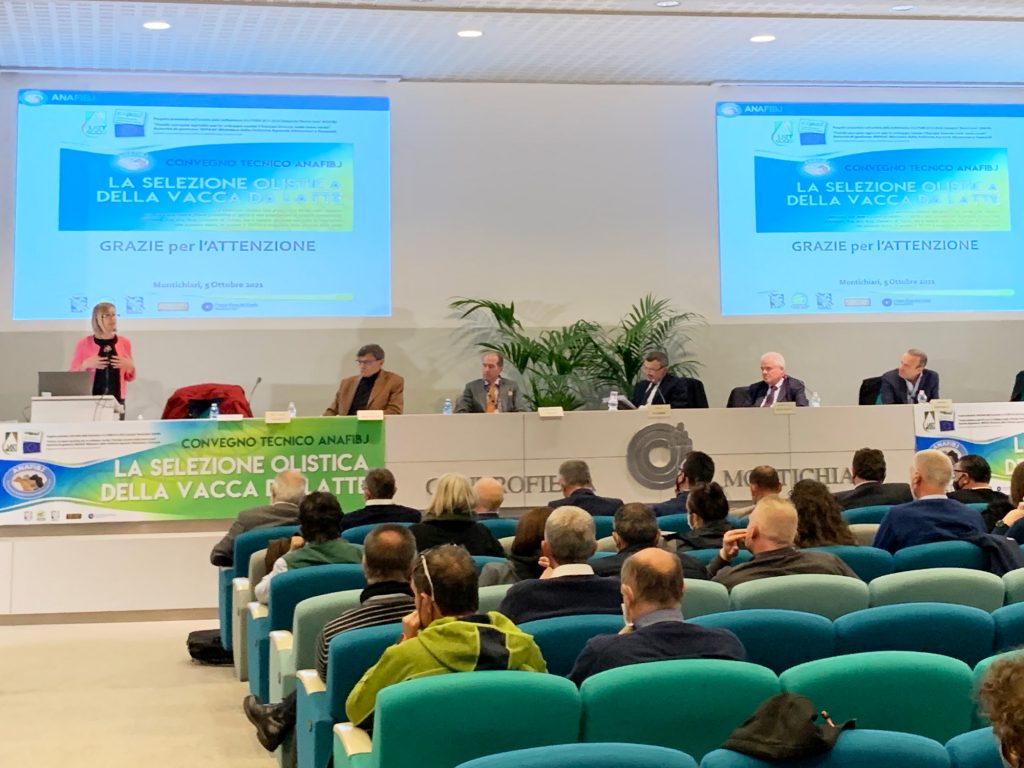 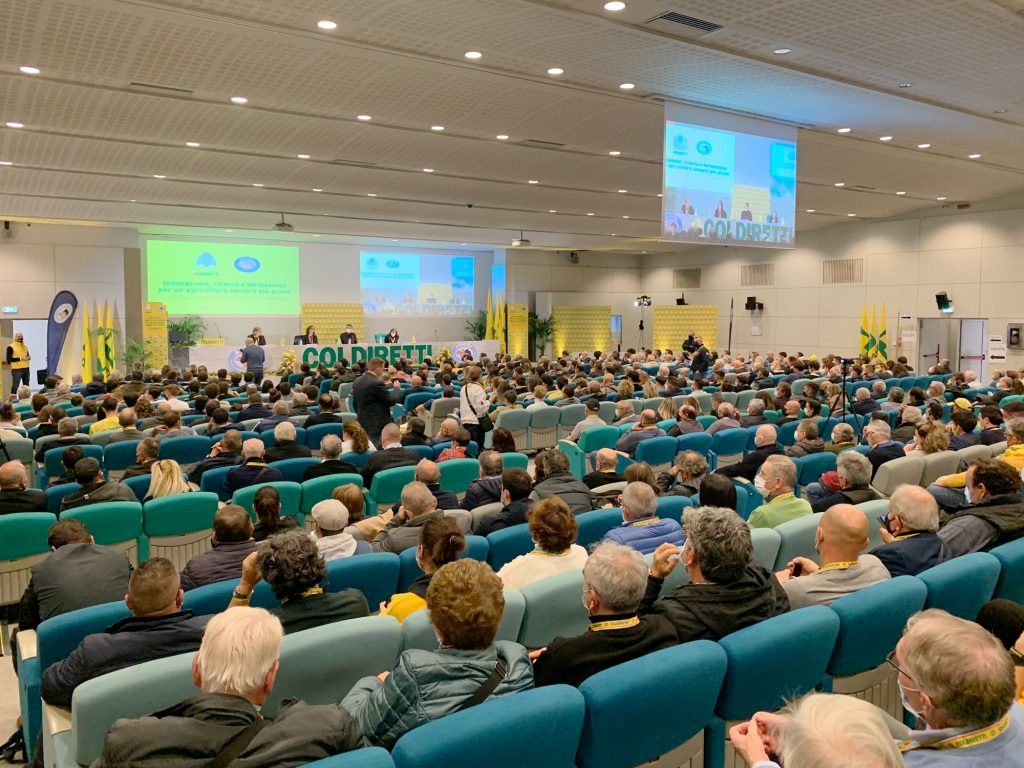 Lombard councilor Rolfi: PDOs are good, also evaluate production diversification. “It will be necessary to keep the PDO productions in balance – said Fabio Rolfi, Councilor for Agriculture of Lombardy, present at the FAZI in Montichiari – and at the same time diversify the productions by intercepting both new solutions to enhance the raw material, from nutraceuticals to opportunity of a pulverizer, from spreadable cheeses to opportunities that the market requires for new consumption trends “.
From the Clal.it projections illustrated in Montichiari, the weighted average price of farm-gate milk is increasing throughout the EU-27, with the big players in the sector (Germany, France, the Netherlands) who are decreasing deliveries for both higher production costs than due to ever increasing environmental pressures on the part of public opinion.

The EU-27 forecasts to 2030. It is precisely environmental sustainability that could keep milk production stable in the European Union by 2030, according to the projections of Clal.it. However, the production orientation should change, with a greater transformation of milk into cheese (estimated growth of + 1.6% per year according to projections) and a consequent reduction in powders. An overall situation that may not be penalizing in terms of market prices.

Grana Padano towards a new production plan. “By the end of the year we will present a new production plan to the assembly, to keep production in balance and support exports, which today account for approximately 41-42% of the 5,250,000 wheels produced – he declared from the FAZI stage of Montichiari Renato Zaghini, president of the Consortium for the protection of Grana Padano -. We are also proposing a longer seasoning, over 24 months, to give even more added value to a product already recognized as quality today. In the next Production Plan we will propose a greater correlation between the price of milk and its destination in Grana Padano and we will propose a preventive allocation of cheese quotas to dairies “.

Suiniculture in distress. Based on the processing of data by Teseo.Clal.it, a portal that analyzes the market trends of raw materials and animal husbandry, the impact on farms of the increase in the prices of raw materials emerged, with the simulated costs of farming the heavy pig from 30 to 170 kilos that are leavened from € 0.78 / kg to € 1.13 / kg.

At the same time, pressure on European markets was caused by a slowdown in imports of pork from China, due to a strengthening of the herd in the country of the Dragon and the choice of consumers of “domestic” products. In 2022 the course could be reversed, again following the phenomena of African swine fever, which afflict farms in China; another critical element could be linked to falling prices, which would induce farmers to contain the herd or close the business. A set of factors that should trigger a recovery in exports from the European Union, thus favoring the rebound of the lists in Europe and Italy 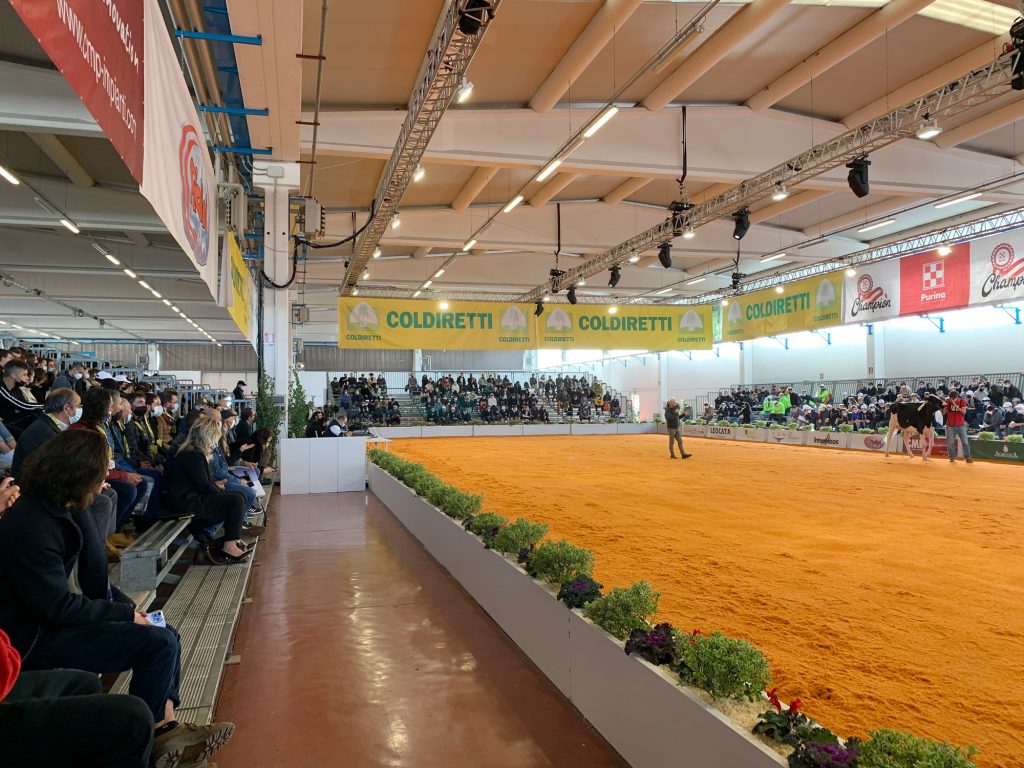 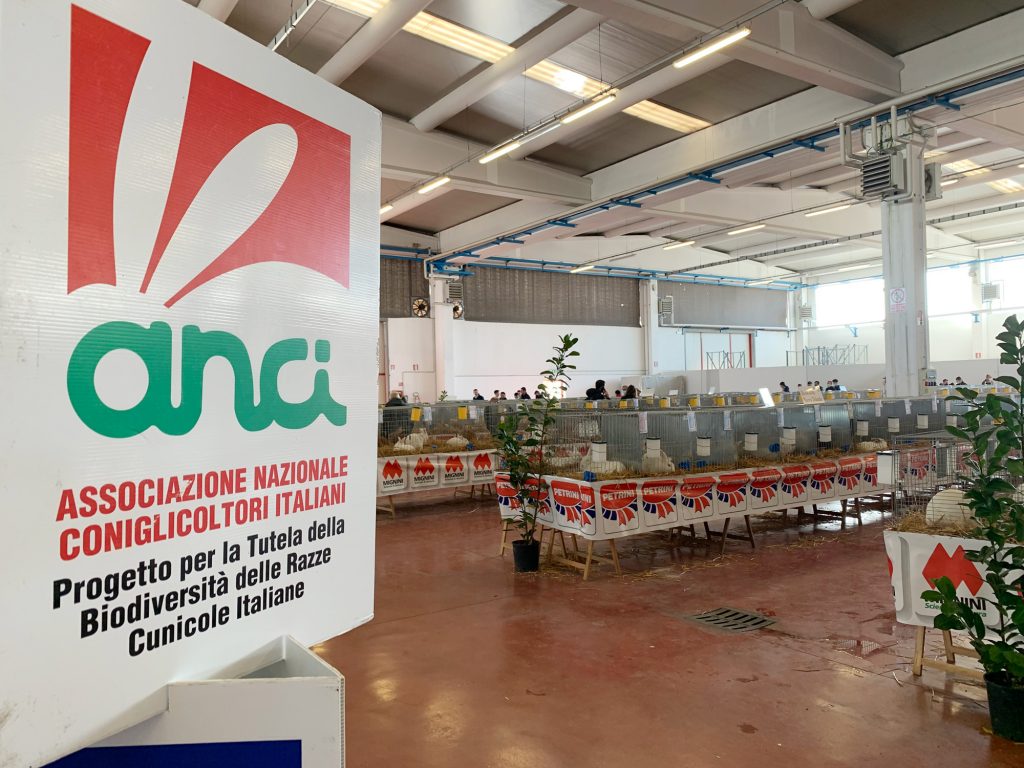