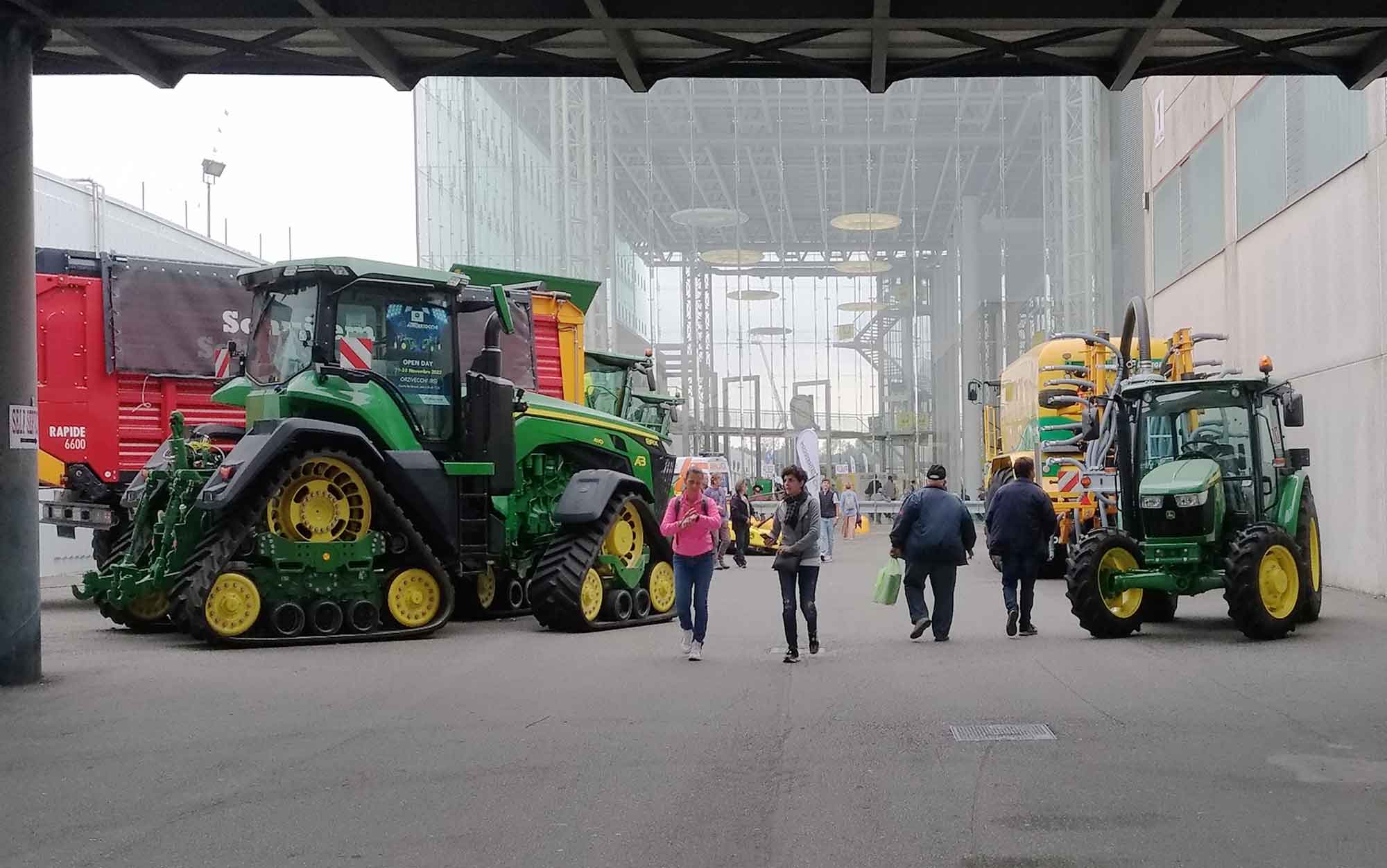 The 94th Agricultural Zootechnical Fair of Montichiari closes with over 38,000 visitors and with the awareness of the centrality of agriculture in the national economic and agri-food system.

“The sector is increasingly professional and projected to grow further, thanks to investments in new technologies and through solutions that will have to respond to market dynamics, contingent uncertainties and one of the great unknowns of the future: labor. But precisely for this reason there is the feeling that the sector is trying to identify new strategies, closer alliances within the supply chain, to give substance to the food sovereignty that today stands out in the new wording of the ministry chaired by Francesco Lollobrigida and which is one aspects together with the climate challenge and environmental sustainability that most involve Italian farmers and breeders “.

This is the analysis of the president of Centro Fiera Montichiari, Gianantonio Rosa, who says he is “very satisfied with the 2022 edition of the Agricultural Fair, due to the frequency of qualified visitors and the willingness of the sector to continue, despite the uncertainties linked to the price increases. energy and raw materials and the unknowns on consumption “. 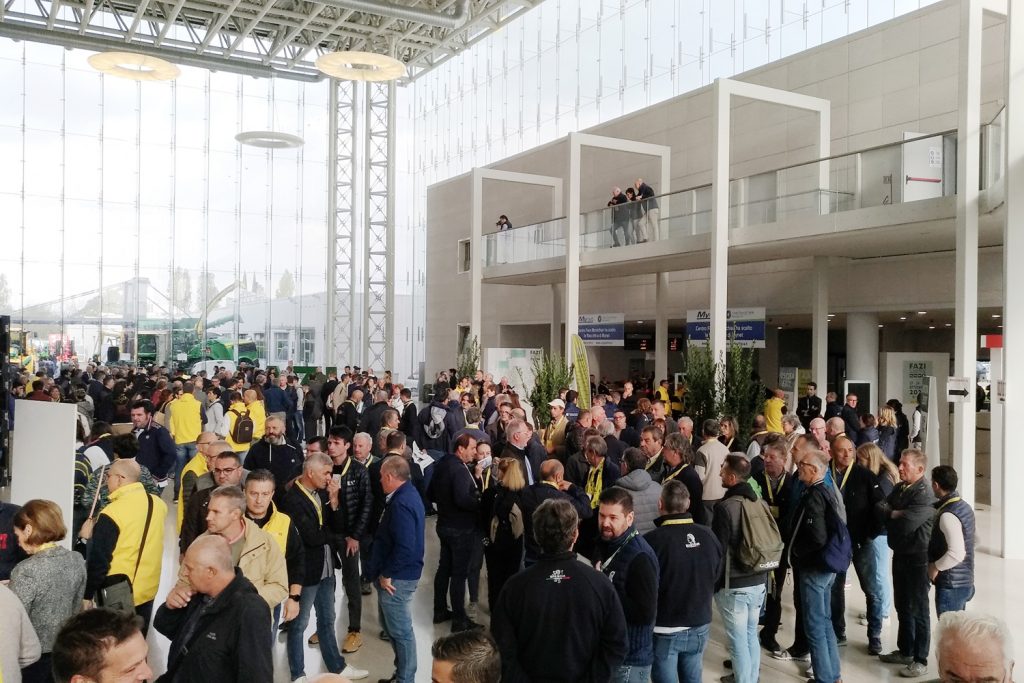 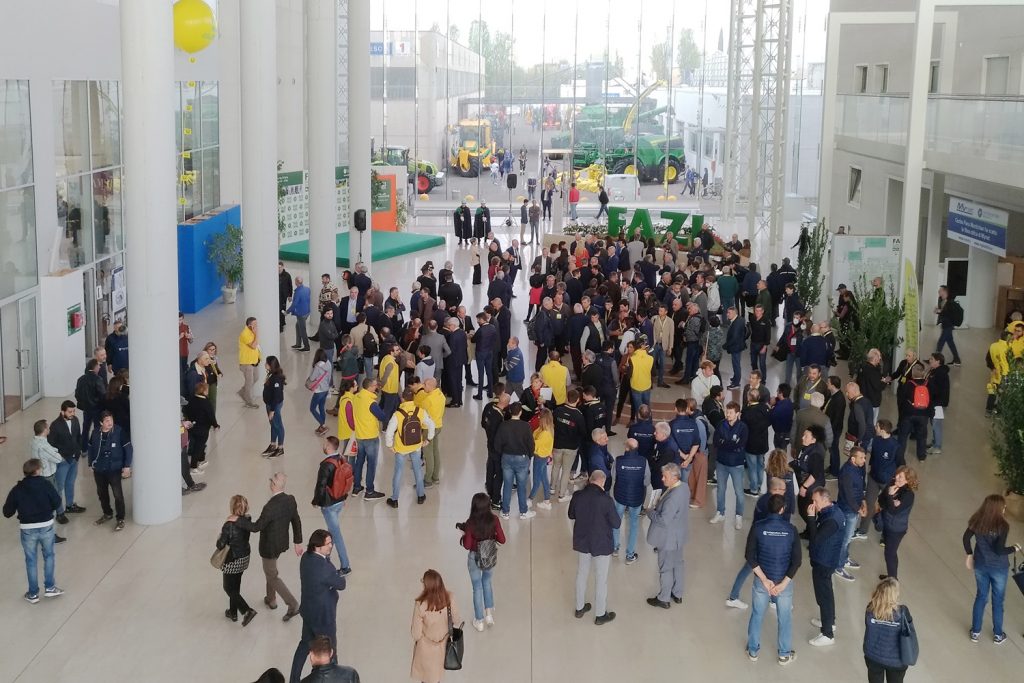 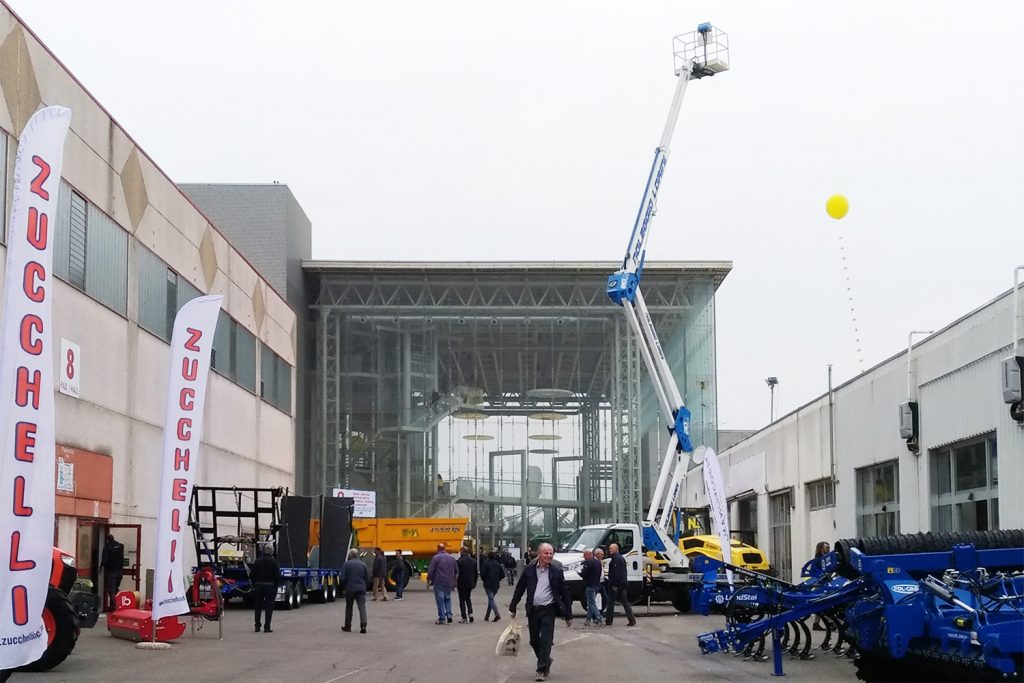 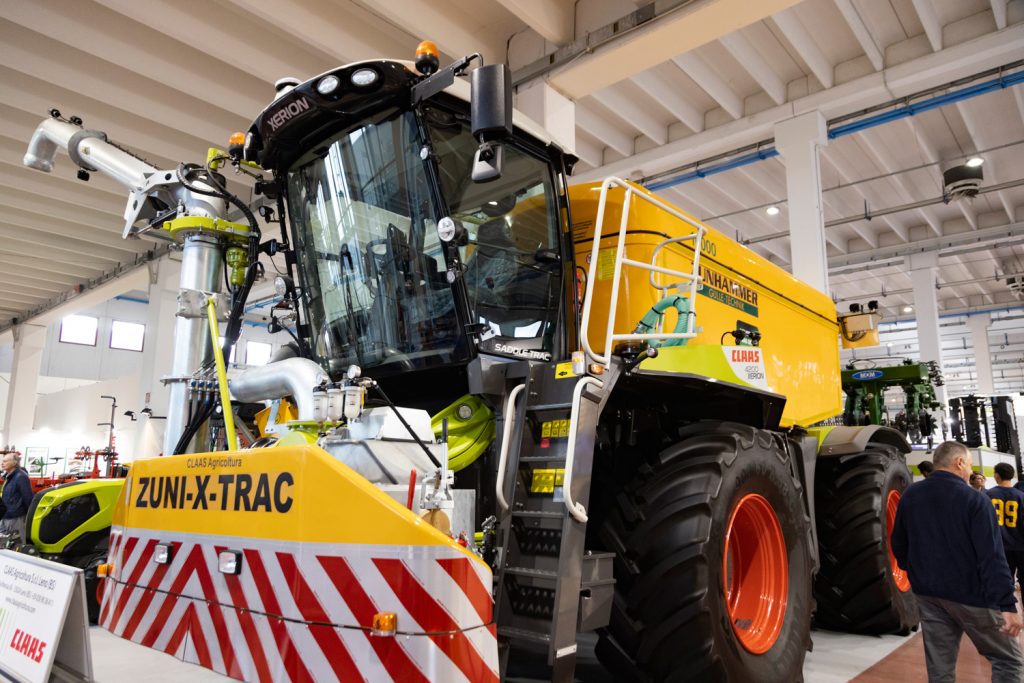 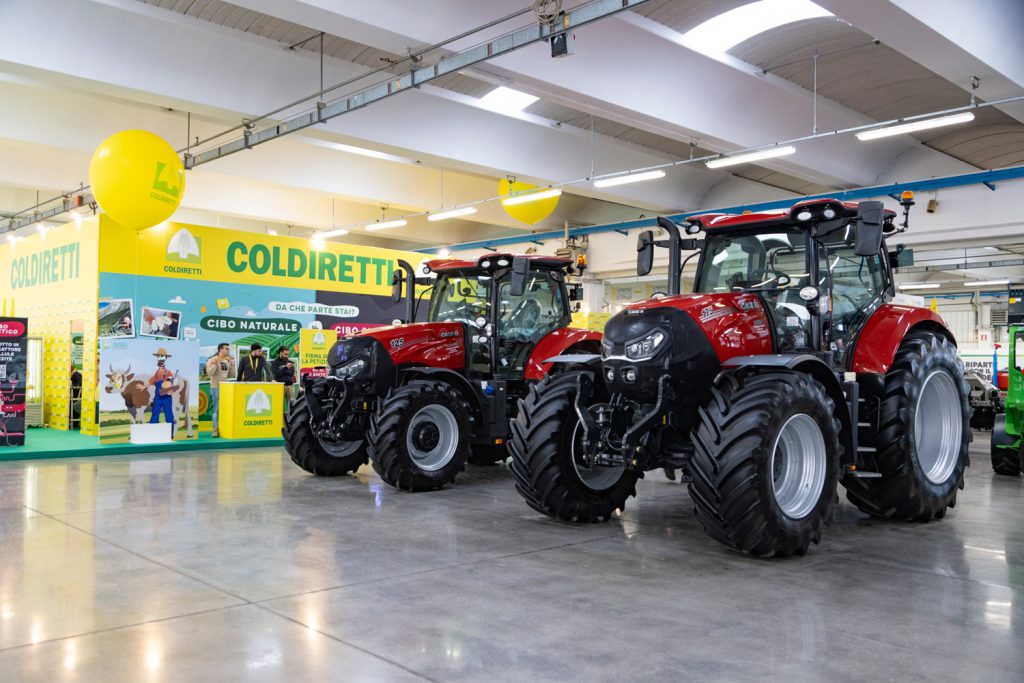 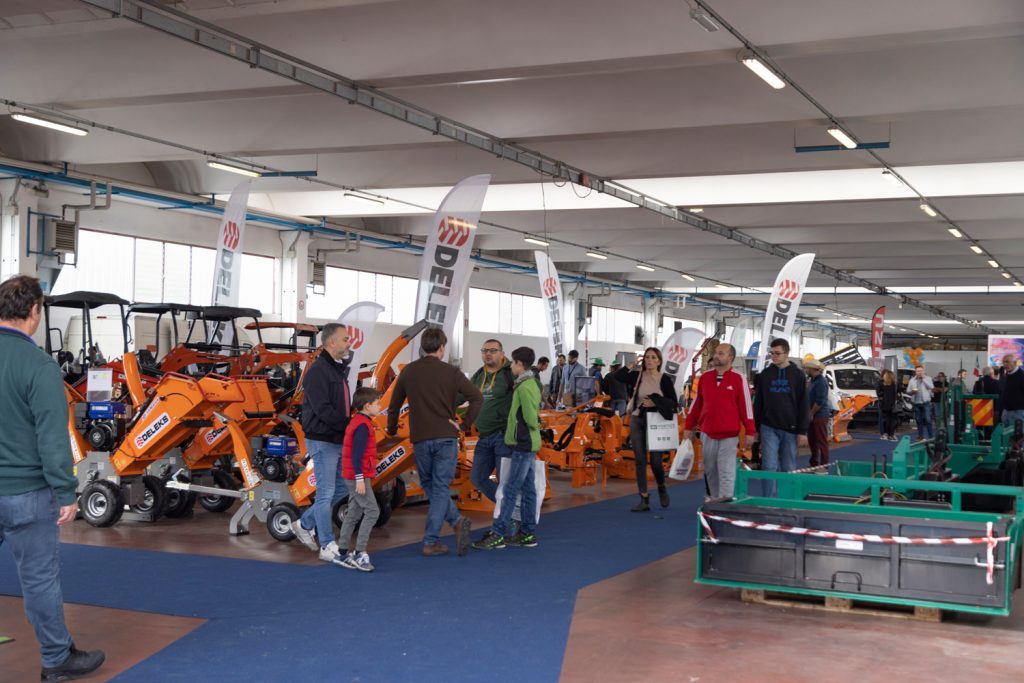 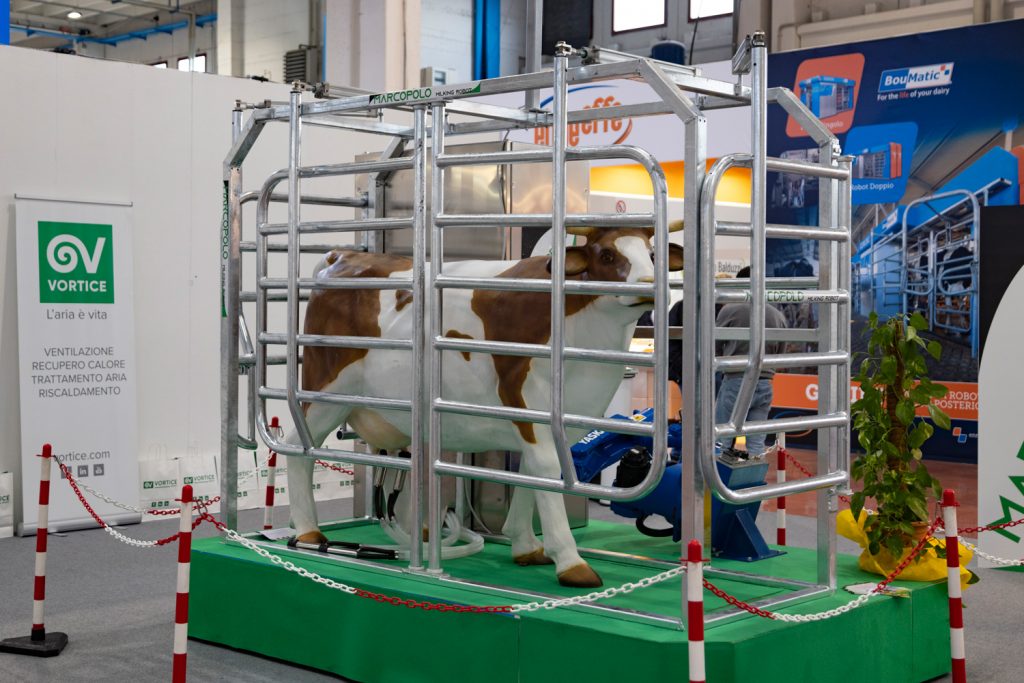 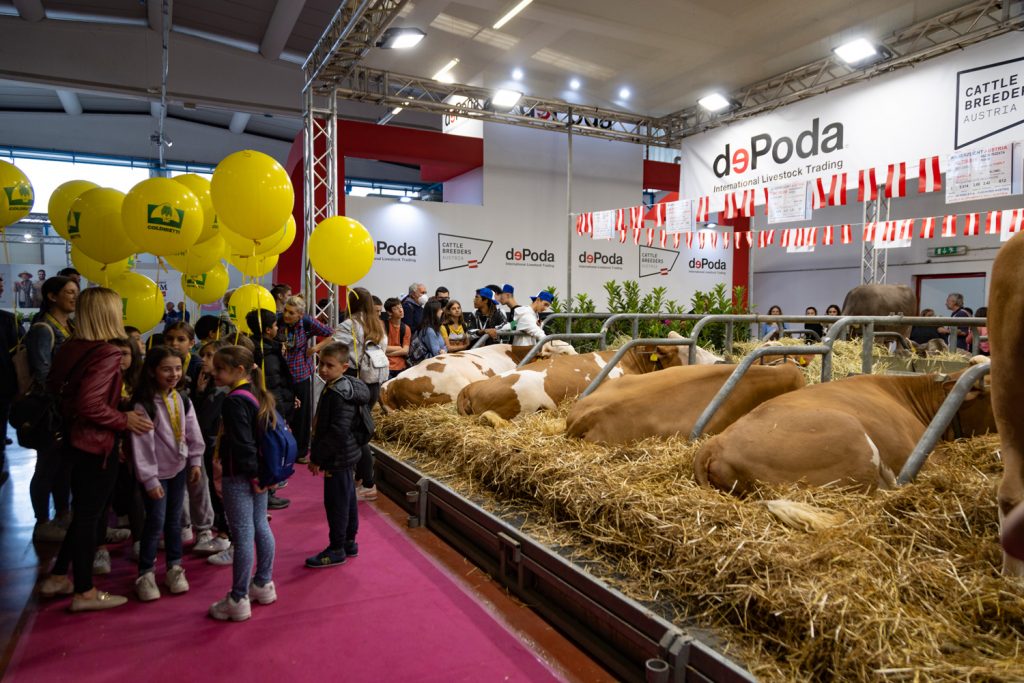 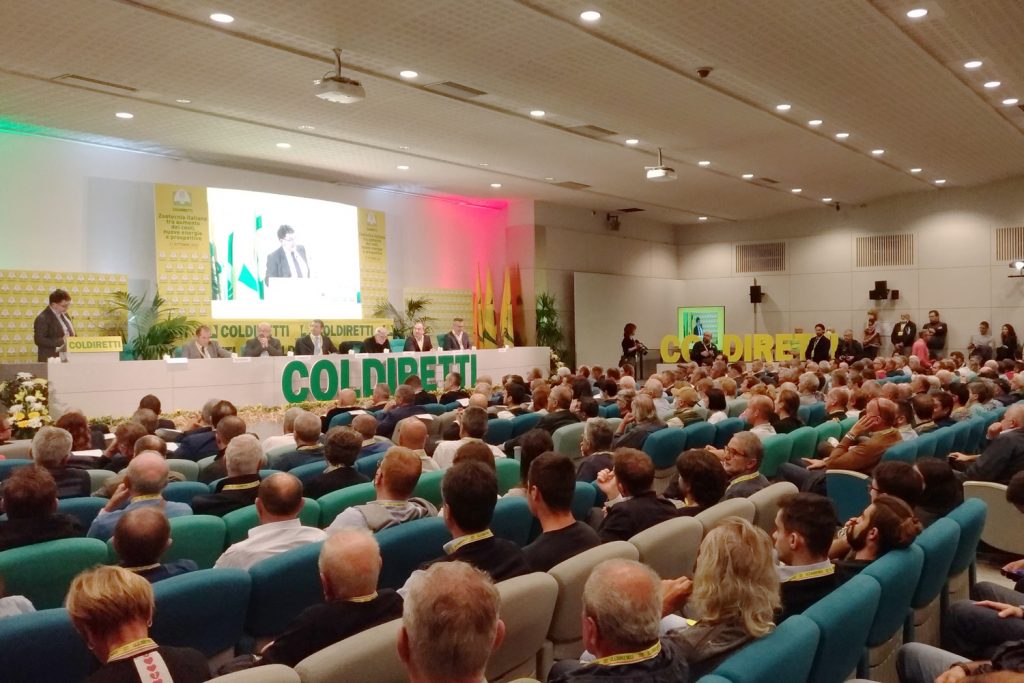 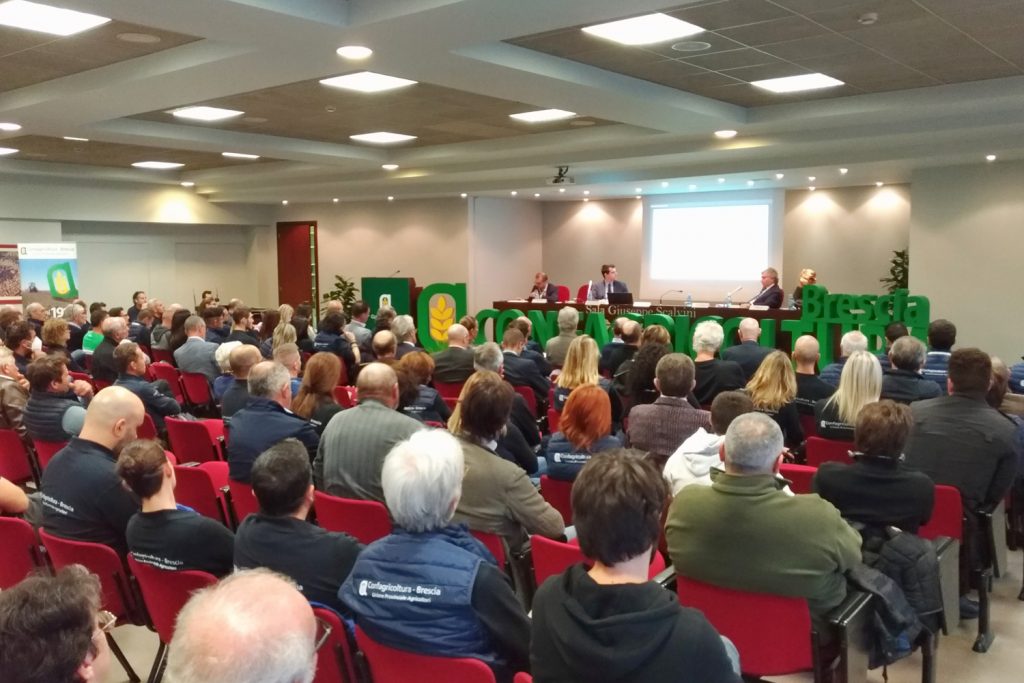 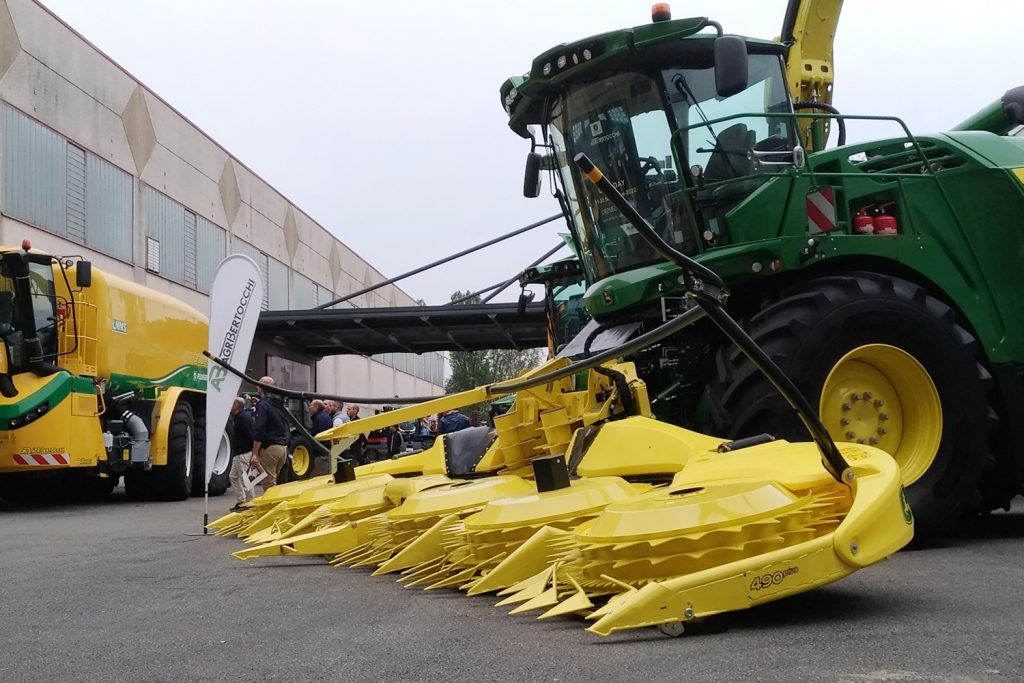 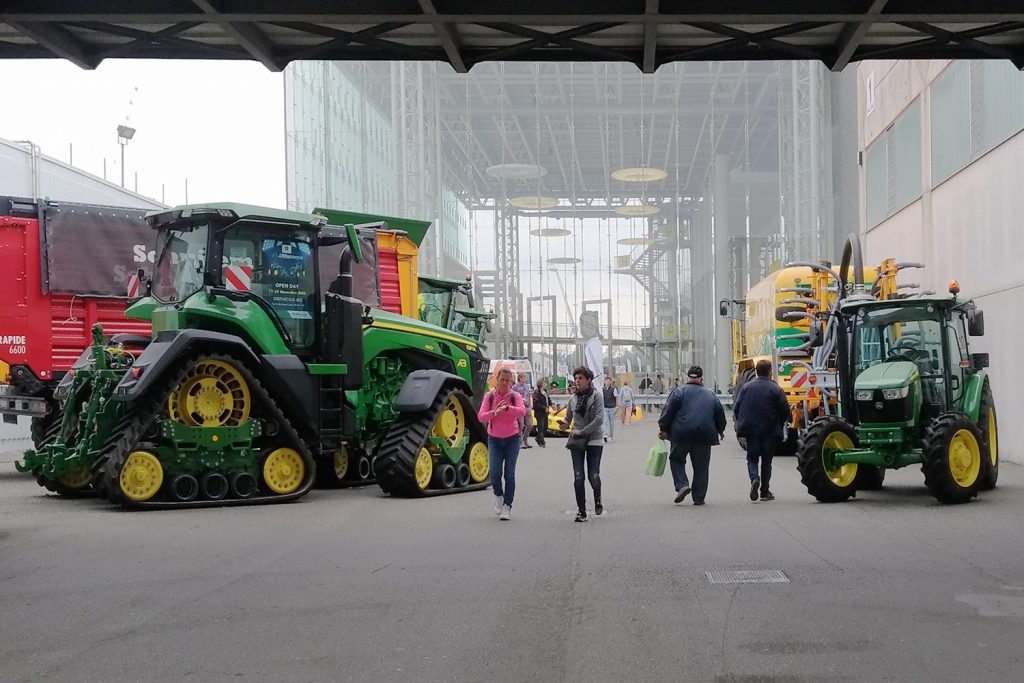 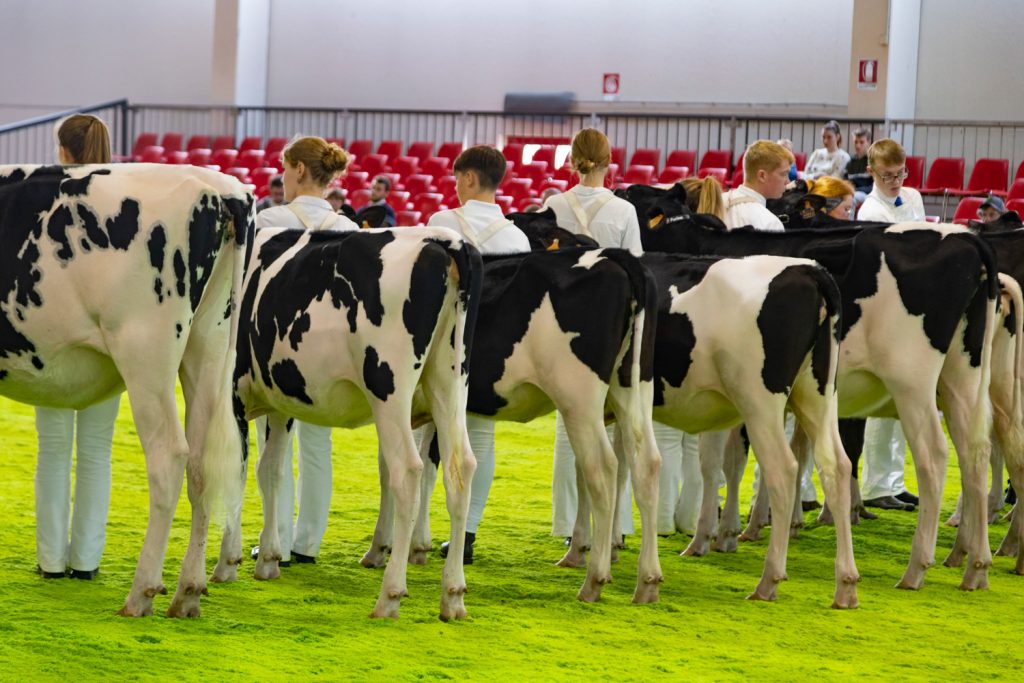 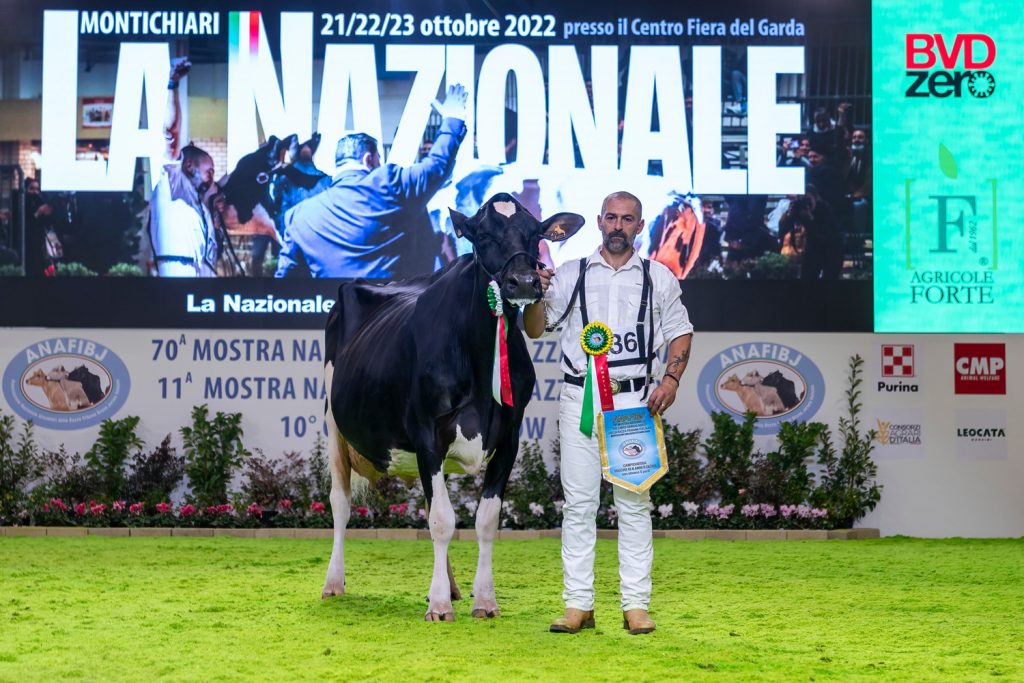 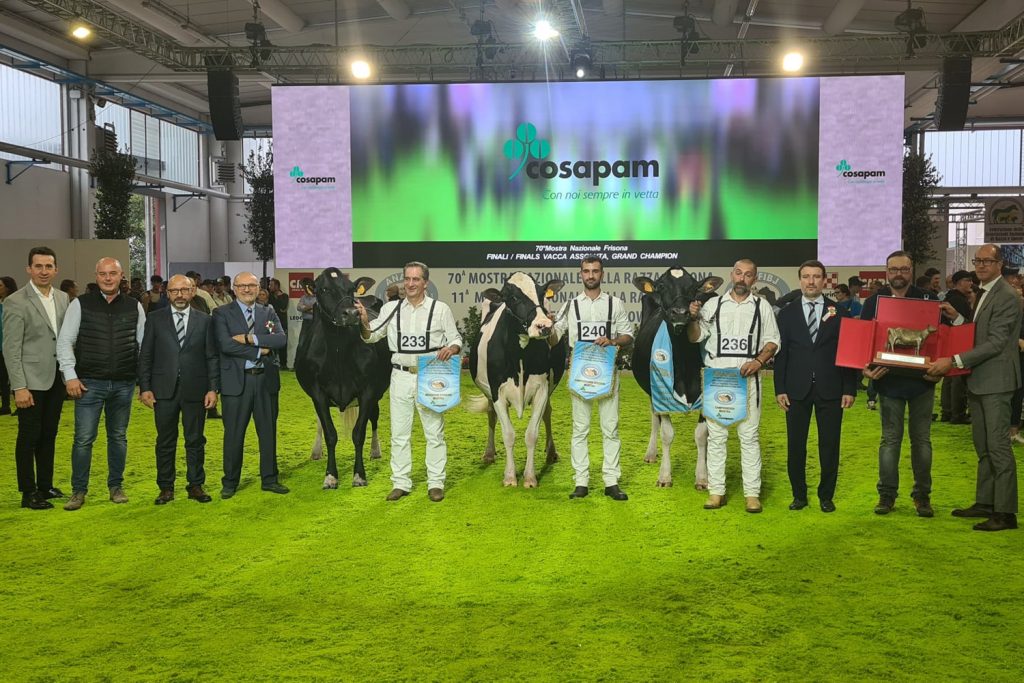 Consumption that for now, as recalled by Stefano Galli, Global clients director of NielsenIQ during the conference promoted by Ismea and the Lombardy Region on the future of dairy farms between the new Common Agricultural Policy and the market, seem to hold and, indeed, reward quality products starting from the DOP of the territory (the tightness test, in all probability, will take place between Christmas and next spring).
There is interest in investing and digital and automated systems, from water management to solutions to replace where possible a labor that is increasingly difficult to find, are among the most in demand. Not only milking robots, but also machines for feeding calves, push-feeding robots and machinery for cleaning inside the stables.

Precision agriculture is sought with increasing interest and the solutions that can provide after-sales advice and management training win. Because the challenges of digital agriculture and big data collection and processing systems increasingly require expert operators, agronomists who can read prescription maps, farmers who know where to intervene and how to interpret the numerous data that technology makes available.

At the same time, profitability is the objective to be pursued, increasing yields also through the introduction of cisgnenesi and NBT, with the dual purpose of increasing yields in the field and responding to the increasingly pressing issue of climate change, which in the hot and dry summer of 2022 cut crops in much of the world, thus complicating supply channels (already precarious since the outbreak of the war in Ukraine) and causing prices to soar.

The drought, in particular, after cutting corn crops in Europe by 20.8% compared to the previous year, according to estimates by the United States Department of Agriculture (USDA), could also partially compromise crops in Argentina. one of the most dynamic countries in terms of exports, representing almost 19% of the corn marketed worldwide. Should the meteorological phenomenon of La Niña appear this year, it is likely that there will be a drop in maize production in the South American area, even in the order of 25%, with worrying repercussions for international markets.

From Fazi, now recognized as one of the most important events dedicated to professional agro-zootechnics in the panorama not only in Italy, the debate on the new Common Agricultural Policy, which should come into force from next January, with many aspects still little known, rises. but which perhaps may not be excessively penalizing for dairy farming, a segment in which the province of Brescia is recognized as the queen of Italy, thanks to an annual production of 1,643,915 (figure 2021, source: Clal.it), which between January and July of this year it touched one million tons.
Among the innovations that the CAP 2023-2027 will introduce, as explained by Professor Angelo Frascarelli, agricultural economist and president of Ismea, “the new basic payment, which will have a lower amount than the current one, and eco-schemes, where there are two important variations for dairy farming: the so-called Eco-1 for the reduction of antibiotics and Eco-4 for extensive forage systems; in addition, the coupled payment remains confirmed for dairy farms “. This means, specified Ismea’s chief executive, that “for an average dairy barn in the Lombard plain there is a slight reduction in direct payments, but overall the dairy farm manages to maintain a good level of support. Thanks then to the choice of Italy and the regional councilors to allocate a specific eco-scheme to animal husbandry such as the Eco-1 intended for those farmers who improve health management by reducing antibiotics, at the same time they are able to obtain support of 66 euro to Uba for dairy cows “.

And milk is also the protagonist with the parade in the ring of pavilion 6, with the 70th National Show of the Friesian breed, organized by Anafibj.

Agricultural Italy from Montichiari also raises its voice against Nutriscore – a misleading tool that pushes to consume ultra-processed products and penalizes the most significant products of Made in Italy and the tricolor Dop Economy on the label – and against synthetic foods, produced in laboratory on which a dangerous curtain of silence has fallen, denounced the national president of Coldiretti, Ettore Prandini.

“The feeling is that at the Agricultural Fair of Montichiari 2022 the agricultural world has begun to look with great interest at a new form of agriculture – observes the director of Centro Fiera SpA, Ezio Zorzi -. The agricultural system looks to greater integration of the supply chain, to agro-ecology as a formula for protecting biodiversity and implementing the aspects of environmental sustainability that can no longer be postponed. At the same time, the new agricultural model is increasingly attentive to reducing waste and moving towards a multifunctional system capable not only of diversifying sources of income, but of bringing farms back to the center of a territorial community that has learned to give value. to agriculture “. Here, the food sovereignty declined at the 94th FAZI of Montichiari seems to have opened new frontiers.