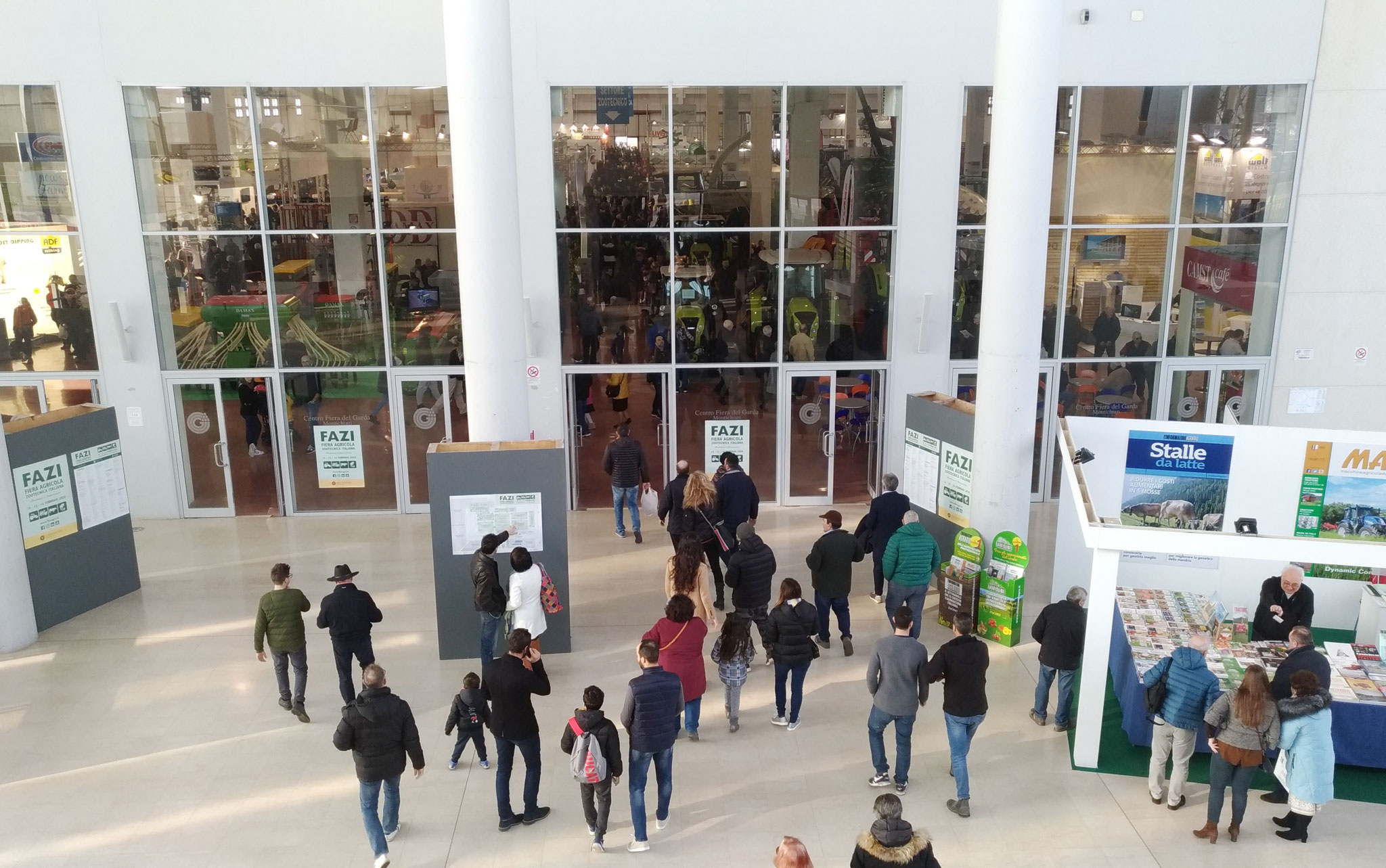 FAZI closes the 92nd edition with over 37,000 visitors. Common agricultural policy and sustainability at the center of the debate

Positive results for the Italian Agricultural Zootechnical Fair of Montichiari, which closes the 92nd edition tonight with over 37,000 visitors and makes an appointment next year, from 12 to 14 February, when FAZI will become the most important agro-zootechnical exhibition in Italy in the first half of 2021.

“We are satisfied because FAZI was the heart of the debate on the future of agriculture which involved the institutional, political, economic and social plan of the sector, with a large number of agricultural entrepreneurs and young people, confirming that the primary sector is able to drive Made in Italy – declares the president of the Centro Fiera di Montichiari, Gianantonio Rosa -. I thank the more than 400 exhibitors and breeders who animated the exhibition center this weekend and who contributed to the success of the event, thanks to the innovations presented “.

There was no shortage of debates and new technologies in a province with a high vocation to invest, as evidenced by the value of the gross salable production of Brescia agriculture, the highest in Italy.

Having achieved the objectives of food safety, understood as product healthiness, the horizon now shifts to new challenges, which require an increase in production to accompany global population growth, but with respect for sustainability.

Objectives also announced by the Green Deal of the Commission chaired by Ursula von der Leyen, whose path will be outlined next March 25, as anticipated to FAZI by Hon. Paolo De Castro, Vice-President of the Agriculture Commission of the European Parliament.
Once again, the common agricultural policy will be crucial, grappling with a reform that – announced De Castro – “will not enter into force until 31 December 2022”.

The issue of resources remains, under discussion in Europe. It seems certain that, without an increase in the contribution of the Member States to the EU GDP, the funds allocated to the CAP will undergo a contraction (“going from an incidence of 37.5% to 28.5% of the EU budget, with a reduction for the ‘Italy which should, should the current proposal be approved, suffer the 4% decrease in direct payments and 15% in rural development “, says Prof. Felice Adinolfi, agricultural economist at the University of Bologna from Montichiari), to go to finance policies related to migrants and climate change.

Still in the European context, from FAZI the Minister of Agricultural Policies Teresa Bellanova reassures about the commitment of Palazzo Chigi in the negotiations on the CAP, starting from the external convergence system, which would penalize Italy to the advantage of the block of Central Eastern European countries .

Still geopolitical in Montichiari, with the announcement that the United States will not implement tariffs on the Italian agri-food sector and with the promise of Minister Bellanova to strengthen the dialogue both with the US and with Russia, a market since 2014 foreclosed for Made in Italy agri-food.

FAZI confirms itself as the heart of the debates also of a technical nature, with dairy stables at the center of in-depth studies that see new technologies as an aid to improve productivity and control the management parameters of the herd. Animal welfare, first of all, but also the welfare of the farmer, who with robotic milking systems can increase milk production by 10%, reduce labor costs, but also have more free time available.

New technologies, big data analysis, precision farming are the bread of the many young people (over 2,000 students from agricultural institutes in Brescia, Lombardy, Piedmont, Veneto and Emilia), who look at agriculture with a concrete approach , aware that agriculture 4.0 allows to project farms in a competitive context.

The future will be increasingly automated, so much so that over 7 out of 10 farmers are planning to equip themselves with robotic milking systems within the next 10 years.

And to ensure company profitability, FAZI is presented with innovative solutions to protect the operating margins of the stables, through income stabilization funds.

The 92nd FAZI celebrates zootechnical biodiversity, with the national cunicola exhibition, with breeds from all over Italy.